Office Romances In the Workplace 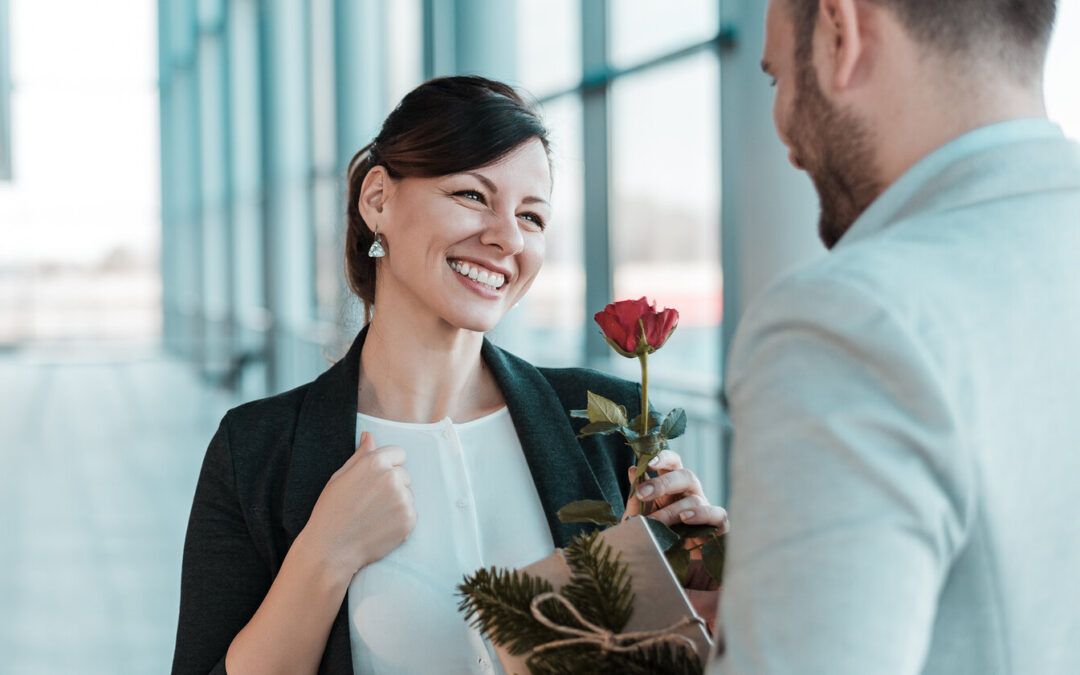 Meet Rachel. She’s a young, ambitious Millennial who started a new job in marketing at Big Marketing Co. six months ago. Rachel has effectively captured the attention of her colleagues for her sunny enthusiasm, bright entertaining style, and quick witted sense of humor.

She’s also captured the attention of Deacon. He’s also a young, ambitious Millennial on the marketing team, too. In fact, Deacon can’t stop thinking about Rachel even when he’s away from the office. She’s always so nice to him and smiles brightly whenever he stops by her desk.

Because Deacon and Rachel’s team regularly attends happy hour at the local pub, it’s not unusual for several of them to close the bar down. And one night, Deacon finally gets the courage to ask Rachel out on a date.

Unhappy with her current pool of guys in her dating apps as of late, and maybe even a little tipsy, Rachel agrees to a date with Deacon because why not? He has a nice smile and seems like a nice guy and he is their team lead.

After several dates, flirty text exchanges throughout the work weeks, and a very heated night at her place, Rachel…

Storyline A: and Deacon fall madly in love, realizing they’ve found their soulmates and a year later, they get married and even later, start a family. Ahhh…a happily ever after that never would have happened had they not had their office fling.

Storyline B: Rachel soon becomes bored with Deacon, who won’t give her any breathing room and is constantly texting her and stopping by her desk during the workday or showing up at her apartment outside of work. She decides it’s too much for her and breaks things off.

Poor Deacon. His heart is broken and he can’t seem to get over his loss.

Well, as you might suspect, Rachel and Deacon’s romance story is not unlike many workplace romances. Dating in the workplace is not an uncommon likelihood and many office flings have turned into great stories to tell the children.

In fact, according to a CareerBuilder annual survey (2018), dating in the workplace, despite many reasons not to, continues to rise. According to their survey data, over 22 percent of workers had at one point dated their boss, and 31 percent of employees who started dating at work ended up getting married.

So it seems that the storyline A between Rachel and Deacon is a strong possibility and true love can be found in the office.

Although, the data also suggests that almost “one in ten female workers” have left their job once a romance has ended.

If these numbers surprise you, they shouldn’t. Sexual harassment awareness in the workplace continues to rise, as companies beef up their anti-harassment training programs and policies on dating in the workplace.

Romance in and of itself can be tricky, but made even more complicated when the two in the relationship also work together. The heart wants what the heart wants. But that doesn’t mean lovers shouldn’t be careful and know the risks associated with romance in the workplace.

Before anything begins, check the company’s policy before entering into a fling or serious dating relationship. Professionalism must still be employed at all times, which means personal lives should be kept out of the office. And the relationship should never interfere with the job or your relations with coworkers.

Many policies have reporting requirements if you begin dating a colleague or a boss/subordinate situation. Keeping a relationship secret and on the down low may seem like a good idea at first, but could cause serious heartache in the end.

Love is a beautiful thing and Cupid’s arrow may find its way into your office setting. When it does, just be ready to handle the possible outcomes with solid policies and guidelines in place.

If you’d like information on how to incorporate a policy or business practice into your Handbooks, contact HR Help and one of our HR Consultants will contact you shortly to learn more about your specific needs.